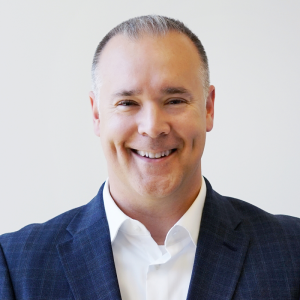 If I were smart, I’d follow the example of my 15-year-old son, Conner.

He knows something about overcoming adversity. He knows from experience that you can “not succeed” (I didn’t say “fail”), but come back a second time and win in the end.

After choosing to not play baseball from nine years old to 13 (four crucial years developmentally), Conner wanted back in about two years ago.

He’s got raw talent, but sometimes lacks self-discipline to stick to something until he fully masters it. And yet he wanted to play.

As a dad who played and loves baseball, I was all for it in my heart and excited to watch him.

As a guy who understands how much Conner missed out on as far as technique, speed of the game, and baseball smarts over those four years, I was nervous about how he’d fare.

His first couple of teams helped a little. Simple guidance that got him back in the flow of the game, but not a whole lot of formal instruction in technique. And Conner struggled. Rock-solid in the outfield; pretty sketchy at the plate.

The much-younger Conner, the 5-year-old Conner who once was so shy that he sat down and hid while standing on the risers at his kindergarten graduation ceremony, fearful of the onlooking adults, would have just quit.

He would have crumpled underneath the weight of the very possibility of disappointment.

There’s something different about this Conner.

He finished one baseball season (it’s California, we play multiple “seasons” per year) and was immediately anxious to start the next. Honestly, it was just as rocky. Soaring drives into the gaps for doubles or triples might be followed by three strikeouts or eight strikeouts over the course of three games.

But after that second season, he was anxious to try out for the freshman team at Great Oak High School. I’m not one to trounce on dreams, so there was no way I was going to stand in the way despite his hot and cold play.

Well, suffice it to say he didn’t make the team. Twenty-seven kids tried out. A core group that had a history of playing together on travel ball made it, along with a few others.

But the story doesn’t end there. (It can’t be about overcoming adversity and end there, can it?)

Undeterred, Conner played another season of baseball and picked up a referral for private hitting and pitching coaches. Rich Krzysiak and Dan Dwyer. Every week, he was at Dan’s house with one of those guys.

Junior varsity tryouts came. He made the first round of cuts, but had to sweat out the second round of cuts when the basketball players finished their season and varsity sent some kids down. Great Oak is the #1 varsity team around, so there are plenty of kids on that junior varsity team who could be playing varsity-level ball elsewhere. And this is California.

You know how this story ends. He made the team.

It was only after he made it that his hitting coach Rich Kryzsiak admitted he’s only seen this happen twice in ten years. And now Conner can’t attend a hitting session with Rich without him pointing Conner out to the younger kids as proof of what can happen when you stick to the process:

Put the time in on your own. Practice the right things. Work hard.

Conner’s got those three things nailed down. But he’s now got an intangible, too, and you can see it by reading between the lines on that whiteboard above.

He’s just not going to be held back anymore.

He won’t let a momentary setback define who he is or whether he’s “good enough”.

He won’t let a blip of adversity stop him.

I want to learn from that.

Conner’s one of my heroes.